New book: Greece 2015. There was an alternative 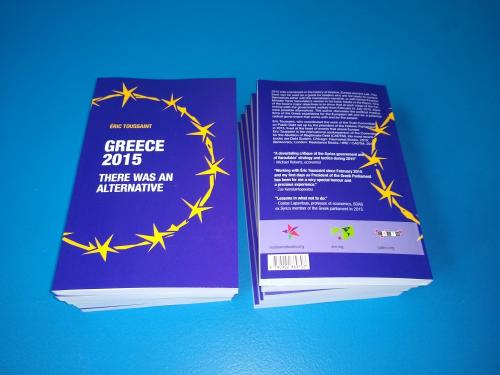 2015 is a landmark year in the history of Europe, of Greece and of the international left. In Greece and worldwide, many hoped the Syriza-led government would be able to break with the austerity imposed on Greece, a hope that was strengthened further by the victory of the 'no' in the referendum on new agreements with the Troika. But those hopes were quickly dashed.

Eric Toussaint coordinated the work of the audit committee set up by the president of the Hellenic Parliament in 2015, witnessing first hand these events that shook Greece and Europe. In this book Toussaint criticizes the interpretation of these events by Yannis Varoufakis and shows instead how at each step along the way, there were alternatives to Syriza's capitulation.

With a preface by Michael Roberts and an afterword Costas Lapavitsas.