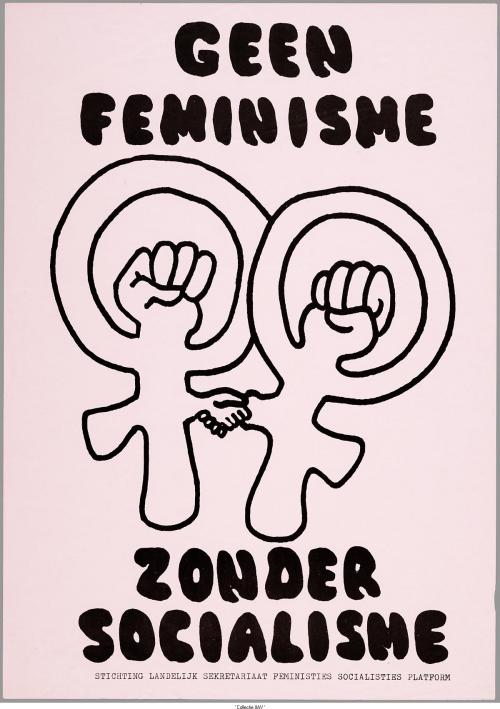 On invitation of TENK, a network of left-wing activists and scholars, Dutch socialist-feminist Anja Meulenbelt came to the IIRE to speak about her current project, a new book on the left and feminism. Meulenbelt looked back at the second wave of feminism in the Netherlands in which she played a prominent role and her classic 1976 book 'Feminisme en Socialisme'.

She spoke about her vexation at much of the current 'women's movement' in the Netherlands; “My old books hold up reasonably well but need to be applied to current times.” She said much of current feminism only thinks within the limits of the current order; “something like making lists of the most powerful women of the country is totally contradictory to what the socialist-feminist movement stood for. Nowadays, we are dealing with a kind of 'CEO feminism' that criticizes women who don't fit the norm”.

Another reference point was Meulenbelt's article on the political economy of care. Discussions on combining family care and wage labor remain relevant. The dominant expectation is still that men work full-time and women part-time. According to Meulenbelt, this points to an issue the Left too often avoids; even though in theory many men agree that the division of labor in the family should be equal between men and women, the reality is very different.

Many left-wing men don't consider their own role as men and according to Meulenbelt don't consider what they could gain from contesting the dominant notion of masculinity. She refers to the pressure to compete, machismo and homophobia et cetera. Men (and women) should contest a number of often unconscious assumptions in our culture.

Meulenbelt's introduction led to a lively discussion that will surely be continued!