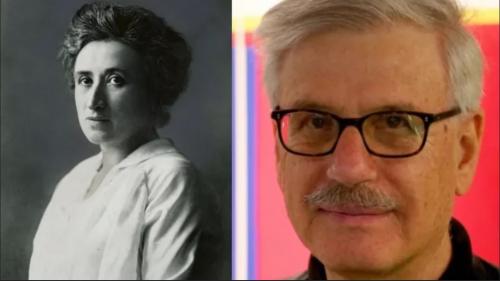 I was, I am, I shall be!
Rosa Luxemburg is one of the most important figures in the history of the Marxist and revolutionary movement. Her theoretical contributions span a wide range of topics, from revolutionary organization, imperialism and capitalist expansion to the link between socialism and democracy. In many ways, Rosa Luxemburg was ahead of her time.
In Rosa Luxemburg: The Incendiary Spark Michael Löwy examines her lasting impact. Michael Löwy is the author of many books, including Fire Alarm: Reading Walter Benjamin’s “On the Concept of History”, The Theory of Revolution in the Young Marx and Ecosocialism. A Radical Alternative to Capitalist Catastrophe.
Rosa Luxemburg. The Incendiary Spark collects essays on Luxemburg’s views on revolutionary organization, political economy, internationalism and examines the engagement of Georg Lukács and Trotsky with her ideas. In the words of Paul Le Blanc, co-editor of the Complete Works of Rosa Luxemburg; ‘Michael's eloquent and information-packed essays can help nourish insurgent movements for freedom and human dignity’.
The IIRE Amsterdam is working together with Haymarket Books to publish the English edition of Rosa Luxemburg: The Incendiary Spark with an introduction by Helen C. Scott, editor of numerous volumes of Luxemburg’s works, and a new preface by the author.
But we need your help! To finish the book's production, we need to raise 5000 euros. All amounts help us reach our goal. All donations over 60 euros will receive a free copy of the book.

Donations can be made here or with Gofundme.
Table of contents:
Foreword by Helen C. Scott
Preface for Haymarket Edition
Preface to French Edition
1. The Methodological Significance of the Phrase “Socialism or Barbarism”
2. The Spark Ignites Action
3. Hammer Stroke of Revolution
4. Revolution and Freedom: Rosa Luxemburg and the Russian Revolution
5. Western Imperialism against Primitive Communism: A New Reading of Rosa Luxemburg’s Economic Writings
6. Rosa Luxemburg and Internationalism

7. Georges Haupt, Internationalist under the Star of Rosa Luxemburg

9. Notes on Lukács and Rosa Luxemburg