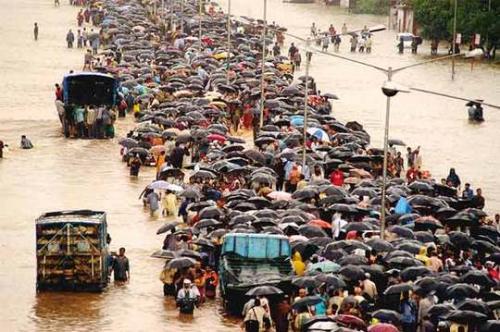 Natural disasters are becoming more and more a central issue of politics in the Third World, which is situated in the crossroad of socio-economical exploitation, and capitalist climate change. The answer to these catastrophes has often been taken on by independent NGO's and international agencies, both in the countries affected and in the First World countries where the funds are gathered. However, the way in which the aid is organised, and the actors who take it in charge, is not politically neutral.

This international meeting will be an occasion to reflect on the experience of anticapitalist organisations facing natural catastrophes in the Third World.

Pierre Rousset is a French activists who has a very rich experience in setting up concrete solidarity in several countries with the local popular organisations after disasters, natural or man-made or both. Through the website Europe Solidaire Sans Frontières and through direct contacts with organisations and individuals, through appeals for financial help and support for the practical organisation of relief work, this work has really made a difference. The solidarity campaigns after the tsunami (on the 26th of December 2004), in particular with local fisher folks in Sri Lanka, the solidarity through the Labour Relief Committee in Pakistan after the 2010 floods and most recently the solidarity with radical trade unions in the region of Fukushima are the most recent examples of solidarity work which strengthen the links between people and organisations in Europe and the regions concerned. Activists from Mindanao ( Philippines), where a typhoon hit the island just last year, and from Pakistan and Bangladesh will explain how their relief work with local organisations is more efficient and free of any political or military constraints. This work  is long lasting, it builds from the grass roots stronger social links and networks. For more information on the political concepts, read here.