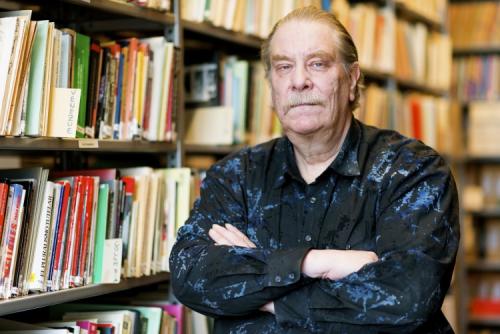 We mourn the loss of our friend and comrade Arend van de Poel. Arend (1948) passed away on January 4, 2023. He first became politically active in 1966 when he joined protests against the US war in Vietnam. He joined the independent Socialist Youth and some years later was a founding member of the Internationale Kommunisten Bond, the Dutch section of the Fourth International. A comrade remembers Arend in those days; ‘Arend was active in the Amsterdam branch and in the daily leadership. The speed at which he cycled around Amsterdam was legendary. Arend was also the one who of all of us read the most books—and certainly on a wider range of subjects, from Nordic Sagas to Ben Traven, from classical Russian to modern English literature. And from Luxembourg to Mao.’ Arend, who worked as financial specialist for the municipality of Amsterdam, was also an active trade-unionist.

In recent years, Arend worked as the librarian in the IIRE. We remember him as a dedicated, consistent, erudite comrade with a dry sense of humour. He will be missed.

An in memoriam for Arend (in Dutch) can be read here.