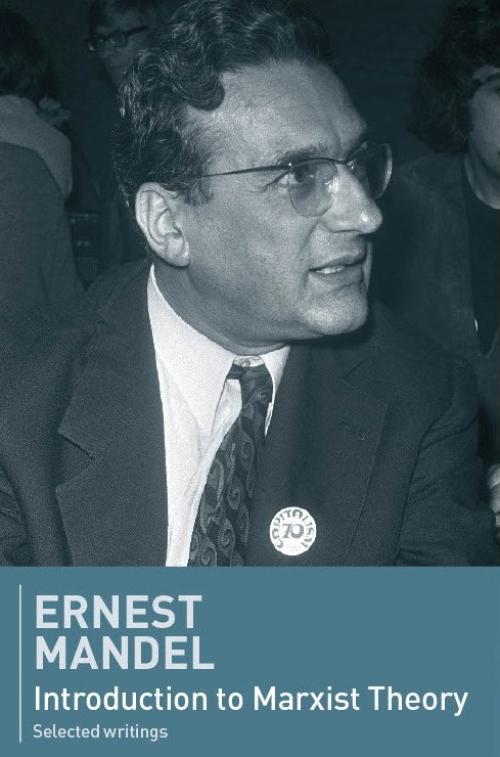 Ernest Mandel was one of the most significant Marxists of the twentieth century. During his life, Mandel participated in anti-fascist resistance, played a leading role in the Fourth International, and assisted Che Guevara with socialist economic planning after the Cuban Revolution. For many socialists, Mandel’s writings were their first encounter with Marxist theory and played an important role in their political education. In order to stimulate an interest in Mandel’s writings, the International Institute for Research and Education (IIRE) has recently published the first volume of Mandel’s selected works, Introduction to Marxist Theory. It is an excellent book for those who are new to Marxism and want to learn about Marxist economics, the theory of the state, imperialism, and revolutionary organisation.

The first chapter contains Mandel’s pamphlet on the Marxist theory of the state. In a very accessible form, Mandel explains how the state originated with the social division of labour and the emergence of classes. Although Mandel adheres to traditional Marxism, he provides new empirical information from modern anthropology and avoids some of the problematic language used by Engels when discussing pre-class societies (i.e. ‘barbarian’, ‘savages’). One of Mandel’s important claims is that in the modern capitalist state, state-power is concentrated in institutions that are free from the changeable influence of parliament: in the big banks, multinational corporations, the police, military and courts. On the basis of this observation, Mandel contrasts his revolutionary Marxist position with the reformist standpoint of social democracy. A reformist believes in ‘the illusion that a gradual dismantling of the power of Capital is possible’ (134) through a leftist government that nationalises industry and gradually transfers power to the working class. While Mandel would probably not oppose a left-wing government, it could not end capitalism if it retains the institutions where capitalist power is concentrated. A transitional demand that Mandel thinks could result in a revolutionary situation is the demand to remove the ‘command in the economy from the financial groups, trusts and monopolies and place them in the hands of the nation’ (131), and transfer management of publicly owned industries directly to the workers. He points out that this could produce a dual-power and create the objective conditions for a revolutionary seizure of state-power by the working class.

Throughout the book, Mandel argues that reformism originates within the labour movement and is not simply an expression of bourgeois ideology. In the trade unions and the socialist parties, this occurs through the separation of the union organiser or the social democratic politician from capitalist production. As a result, the former worker derives material privileges and a stable job from the trade union or the political party. Mandel points out that the process of bureaucratisation occurs when the union, political party or public sector job becomes an end-in-itself. A union organiser or labour politician thus ‘tends to identify with the function and not with the organisation (which however enabled them to exercise it)’ (149). Reformism is the product of bureaucratisation, which can take a variety of forms: aversion to militant working class action, the subordination of politics to parliamentary elections, and class collaboration instead of organising for socialist revolution.

Because a social democratic leader derives material benefits from election results, ‘winning elections at practically any price became in its turn an end in itself’ (150). In order to secure a victory for its leaders, social democratic parties will often make compromises with the bourgeoisie, such as accepting austerity or voting to participate in an imperialist war. This often results in a right-ward shift, resulting in attacks on the left-wing of social democracy, as occurred recently with the mass expulsion of leftists in the Dutch Socialist Party. Mandel argues that reformism is politically harmful because it tends to depoliticise the working class. He thinks that this alienation helps the far-right, who can exploit the confusion of depoliticised workers by portraying all leftists as corrupt and incompetent. Mandel argues that the key to preventing depoliticisation is by advocating for a socialist revolution against social democratic reformism. Mandel himself often did this, such as in 1970 when he held a public debate in Delft with the Dutch Social Democratic (PvdA) leader Joop Den Uyl and passionately defended a revolutionary Marxist programme. He believed that such debates would have a more persuasive effect on young working people than a passive imparting of communist propaganda.

Mandel devotes significant attention to the process of bureaucratisation in transitional workers states such as the former USSR. In transitional social formations, he points out that bureaucratisation resulted from the political victory of a stratum of the Communist Party, which derived material benefits from its position in the party. Instead of using the workers’ state as a way to promote revolution abroad, this Stalinist faction devoted all of its resources to socialist construction. To prevent bureaucratisation, he points out that it is necessary to limit the salaries of state officials so that they do not gain special privileges through their position. He also thinks it is important for a revolutionary government to empower workers to manage enterprises through the creation of workers councils in their workplaces. Furthermore, Mandel advocates political liberties such as the freedom of press and assembly for all parties that respect socialist legality in order to encourage democratic debate on all matters. Unless a socialist state takes these measures, it is possible that it could become bureaucratised and detached from the popular masses, significantly harming the revolution and undermining workers power.

Perhaps the most interesting article of the book is ‘the Leninist Theory of Organization’, which is a modernisation of Lenin’s What is to be Done and addresses some of the problems related to organising a revolutionary workers’ vanguard. Mandel examines the debate between Lenin, Trotsky and Rosa Luxemburg around the issue of centralism and party organisation. Lenin advocated a centralised Marxist party in order to carry out a strategic plan that unites ‘all elementary, spontaneous, dispersed and “merely” local or sectional protests, revolts and movements of resistance’ (224). In 1903, Trotsky was against such a party, which he believed would substitute itself for the mass revolts of the working class. Siding with the Mensheviks, he believed that the workers would spontaneously develop revolutionary consciousness and form their own organisation to combat capital. Trotsky was later won over to Lenin’s position when it became clear that a cadre organisation was necessary during the Russian Revolution of 1917.

Building on this debate, Mandel argues that spontaneous uprisings, strikes, and national liberation struggles can educate the working class, but do not necessarily result in revolutionary consciousness. He points out that spontaneous actions are important because they often produce independent worker organisations. Within spontaneous movements, there is an advanced stratum who become an important link between the workers’ vanguard and the popular masses. These advanced workers may have gained political knowledge and reject reformism, but do not have a clear understanding of how to make a revolution. The task of a workers’ vanguard is to formulate transitional demands and transmit these to the advanced workers. These are demands that ‘objectively cannot be achieved or co-opted within the framework of the capitalist social order, and which produce an objectively revolutionary dynamic’ (255). Mandel notes that transitional demands can only be formulated after a careful investigation of the needs and consciousness of the masses. This requires a sensitivity to a variety of factors, such as the particularity of the workplace, cultural specificities and communicative barriers. A revolutionary programme is therefore the active product of a collaboration between revolutionaries, advanced workers and the popular masses.

One of the inclusions in the book is Mandel’s well-known pamphlet on Marxist economics. In the pamphlet, Mandel discusses his ‘long wave theory’, which approaches the capitalist economy through an analysis of general patterns and trends over a long period. During an expansive long-wave, there is increased productivity through a growth of the productive forces and new technology, combined with intensified class struggle and the formation of powerful trade unions. Mandel points out that ‘a long-term cycle characterized by high growth rates is often followed by a long-term cycle characterized by a lower growth rate’ (107). When a depressive long-wave sets in, the tendency for the rate of profit to fall becomes dominant and the bourgeoisie goes on the offensive against the working class. This is a period in which the capitalist class tries to disorganise the workers through weakening union organisations with state repression and the consolidation of the popular masses to capitalist ideology. Mandel’s long-wave theory is designed to give revolutionary socialists a framework in which to visualise the terrain of class struggle so that transitional demands respond to the concrete situation. In both the pamphlet as well as his other works, Mandel emphasises that the long-wave approach is tendential and that subjective factors contain relative autonomy, which means the long-wave can be transformed through the intervention of revolutionaries into the class struggle. Mandel’s approach is thus not economistic or mechanical, but is sensitive to the way that objective economic factors can be transformed through the conscious entry of subjective forces.

Although there has been significant writing on the capitalist state, political economy and Leninism since Mandel was writing, the publication of his selected works is tremendously valuable to the Left.  Mandel writes in an accessible and engaging style that combines revolutionary passion with a sensitivity to empirical data and scientific research. Introduction to Marxist Theory is an outstanding book for those who are new to socialism and would make a great text for a Marxist reading group or educational programme.

This review first appeared on: Marx & Philosophy Review of Books.