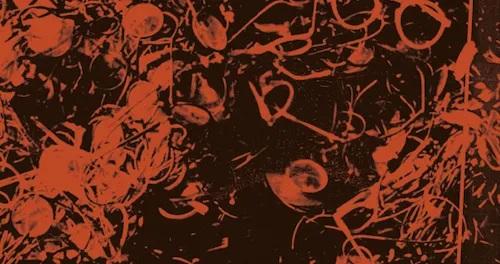 Understanding the Holocaust is a direct challenge to Marxism. Marxism is a body of theoretical and experiential understanding, which tries to explain the rationality behind history, but the fusion of racism, slave labour, oppression, persecution, irrationalites and barbarism, of the Holocaust and Auschwitz is hard to explain even with Marxism’s insights.

One of the questions is: should we even try to explain it? Writers as diverse as Elie Wiesel and Theodore Adorno think that it cannot be properly understood and cannot be analysed, whatever social tool one wants to use. I think though that we have to try to understand it, primarily because if ‘Never Again’ is to mean anything, we have to have some idea of what it is we don’t want again. The related point is about the uniqueness of the Holocaust. It has even been argued that debating the uniqueness is holocaust denial. Traverso (p218) puts it very well in the book: The best way to keep the memory of a genocide alive is not to deny the existence of others, nor to create a religious cult around it, discussing any comparison as a dangerous attempt at profanity. The Holocaust was not the only murderous or genocidal event: just looking at the end and post World War 2, Primo Levi (1989, p9-10) argues that

… notwithstanding the horrors of Hiroshima and Nagasaki, the shame of the Gulags, the useless and bloody Vietnam war, the Cambodian self-genocide, the   desaparecidos of Argentina, and the many atrocious and stupid wars we have seen since, the Nazi concentration camp system still remains a unicum, both in its extent and quality … never were so many human lives extinguished in so  short a time, and with so lucid a combination of technological ingenuity, fanaticism and cruelty.

This type of thinking has led some authors with very good insights to argue that modernity per se is the issue (Bauman, 1989). Whilst theories of modernity have tried with some success to explain the Holocaust, in some ways they can be limited as they do not properly take up the specific capitalist relations that were involved.

Marxism has tried to grapple with the issues of the Holocaust and Auschwitz through an understanding of the complex relationships of the means of production and the forms of rule which enabled an embattled capitalism to survive, and indeed on occasion, thrive. This involved the major sections of German capitalism – most of whom had no particular desire for the Nazis or for the genocide – to create the conditions in which  the Nazi regime was able to rule in their interest, even if they lost control of the process and the Nazis increasingly behaved in ways that German capitalism was uneasy about. For the Nazis, their racial ideas were a cement for their cadre. This explains some of the irrationalities of their genocide. For example, why on June 6 1944 as the Allies were landing in Normandy and the Russians had launched a massive attack in the East, was the transfer of 400 Salonikan Jews to Auschwitz a key order from the High Command? Why, during massive labour shortages were ‘trained’ slave labour Jews replaced by ‘untrained’ labour to the anger of some leading industrialists? This rationality can only be explained by understanding that the German ruling class needed the Nazis and the Nazis needed the Holocaust. Put crudely, the regime might go down to defeat, but in the process they’ll kill as many Jews as possible. The primacy of Nazi ideology in the development of the Holocaust is critical to understanding that, even if economic pressures – for example, food shortages in the occupied USSR – may have helped motivate particular murder campaigns, the extermination of the Jews cannot be explained in economic terms. Raul Hilberg (1985, p 735) argues that ‘in the preliminary phase [the isolation and expropriation of the Jews] financial gains, public or private, far outweighed expenses, but … in the killing phase receipts no longer balanced losses’.  From the standpoint of the war effort, the Holocaust destroyed scarce skilled workers and diverted rolling stock from military purposes. Individual capitalist firms such as I.G. Farben undoubtedly profited from the extermination of the Jews, but, however instrumentally rational the bureaucratic organization of the Holocaust may have become, this crime was dictated by considerations neither of profitability nor of military strategy.

Enzo Traverso has grappled with these issues for a long time, producing a number of key works that has helped our understanding immensely. Indeed, this work, which brings a number of his key ideas together, is actually a useful starting point for new readers. And that is its strength but also for those of us familiar with his work, a weakness. There is nothing particularly new in this – it is in reality a rephrasing of some of his older ideas brought together. I have recently re-read his The End of Jewish Modernity (Traverso, 2016) and the pathbreaking ideas in Understanding the Nazi Genocide (Traverso, 1999) for talks I gave around Holocaust Memorial Day and lots of the ideas and insights in them are in this new volume.

Having said that, what this volume does is remind us that Auschwitz, as a symbol of the Holocaust, was a break with civilized ideas developed through the Enlightenment, even if the transportation and murder of Africans during the slave trade and the Armenian Genocide of 1915-16 gives us some idea of what Rosa Luxemburg meant when she talked about one road leading to barbarism. The book itself is nicely edited by Alex de Jong into 3 parts: Interpreting History; Debates; The left and anti-Semitism.

The first part takes up the debate outlined above about the uniqueness of the Holocaust, particularly looking at Marxism as a social theory to explain the Holocaust. It is a nice summary, although not new, as Traverso has tackled this before.

The second part, takes up arguments about the Holocaust. The short chapter on Goldgagen is, I think, a little bit too balanced, if such a thing does not seem contradictory. He praises Goldhagen for highlighting the anti-Semitism of the Nazis and that the Holocaust was not merely functionalist and for stimulating a debate amongst German youth, but seems to me to ignore that Goldhagen’s thesis (Goldhagen, 1996) about the ‘ordinary’ Germans, as opposed to the Nazis, being responsible for the Holocaust has some impact outside the academy. In Poland, for example, where the government wanted to outlaw argument that Poles were involved in the genocide, the new Warsaw museum of Jewish history very much categorises the atrocities committed in Poland as ‘german’ rather than ’nazi’. This allows Polish collaborators off the hook. Traverso argues that we should avoid the ‘no holds barred demolition’ of Goldhagen’s thesis. I think that this is a little weak and that Goldhagen should be strongly critically dealt with (Finkelstein, 2000; Maitles, 1997; Shandley, 1998)). Taverso’s debates with Novick, Finkelstein and Snyder are more nuanced and I think have more merit than the chapter on Goldhagen and, whilst he thinks Finkelstein’s (2000) The Holocaust Industry is a bit crude, he defends him against his detractors as he calls it (p149) ‘an opportunity for a debate on the politics of memory and on the public uses of history’. On Snyder, Traverso is on a firm polemical stance. He berates Synder for both linking the Nazi project with the Green project – both were concerned with resource implications – and for his admiration of the Zionists who understand the importance of controlling scarce resources, such as Begin, Shamir and Netenyahu. He argues (p177) that Snyder ‘preaches Zionist and neoconservative platitudes, and obscures more history than he uncovers’.

The third section of the book, entitled The left and anti-Semitism, is actually the most interesting and raises issues of how we might stop the rise of fascist organization today. Traverso rightly points out the weaknesses of both the leaderships and theory of the SPD and KPD in a lack of understanding of the Nazis. I do think though that he over-concentrates on the lack of understanding of anti-Semitism in the process. Rather, it would appear that the Left and Jewish community organisations in Germany thought that the Nazi promotion to power in 1933 was a transient moment. In this way, we canunderstand the reaction of the KPD towards Hitler’s ascension to power in the early 1930s: ‘After Hitler, our turn; The Centralverein (Jewish leadership organization) argued (2 days after Hitler was appointed Chancellor) that Jews should not panic ‘no one will dare to touch our constitutional rights’ and asked its members to stay calm (CV Zeitung, 1933).

The issue of the united front called for by Trotsky and his small band of supporters from the early 1930s went unheeded by the SPD and KPD. These two organisations were more suspicious of each other than of the transient, as they saw it, NSDAP. The KPD held that the SPD were ‘social fascist’ and no better than the Nazis, indeed by hiding the true nature under the nomenclature of socialism, the SPD was more duplicitous and dangerous. It was not their lack of understanding of anti-Semitism that was the problem, although it was a problem. It was a lack of understanding of what the Nazis would do to the huge and powerful workers movement that hindered the left and a mistrust, certainly by the KPD, of the SPD and the leadership, some of whom had been involved in the murder of leading activists and KPD heroes, such as, Liebknecht and Luxemburg. Further, both parties still beholden to many of the ideas of second international socialism, tended to see socialism as an historical certainty, rather than a potential outcome of historical ruptures.

Traverso titles his final chapter The debt: the Warsaw ghetto uprising. Traverso is a great admirer of the revolt, one of the most heroic moments in the Holocaust, what he calls in an earlier work (2016), The End of Jewish Modernity. I think the Warsaw ghetto uprising perhaps the greatest moment in Jewish, if not all, history. It is perhaps the last great moment of the Jewish Yiddishland, as Brossart and Klingberg (2016) call it. Marek Edelman’s (he was one of the Jewish Fighting Organisations leaders and a Bundist leader) The Ghetto Fights (1945) chronicles the events from an eye-witness perspective and Traverso is a great admirer. It was an uprising with no hope of success, which had at its core a moral and ethical mission. Interestingly, Traverso points out the leadership of the JFO was a mix of Zionist and socialist organisations, their point of agreement that both perspectives would end in Auschwitz. Traverso puts the lessons of the uprising beautifully and suggests what we have to do:

The ghetto fighters left us a universal message of humanism and hope…People do not revolt only when they have a chance of winning; they revolt because they cannot accept an insult to human dignity…Now it is up to us to put the therapeutic virtues of memory to work.

We need to transform these words into action. As racism and fascism and right wing populism continue their growth across the world, the task of the left is to build the largest possible united front movement of Jews, Muslims, Roma, trade unions and left political parties against them.

Buy the book here. This article originally appeared on Socialistresistance.org.