A paradigm of modern barbarism 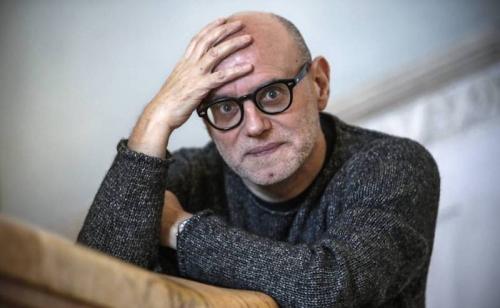 In its series Notebooks for Study and Research the Amsterdam International Institute for Research and Education has published, or rather re-published, an interesting collection of essays by Enzo Traverso. Re-published because Critique of modern barbarism is an enlarged version of Traverso’s Understanding the Nazi Genocide. Six more recent essays cover subjects related to the original theme, aiming to bring the understanding further and extend these findings to more general issues. Nevertheless the bulk of the book is formed by the six original texts. So a spoiler alert is warranted: those who know the original book may feel disappointed.

The strength of Traverso’s approach remains the same. He is not content with the way the Holocaust has been represented as a supra-historical enigma, unique in its barbarism and therefore beyond compare, and beyond understanding. Nor with the reverse, mostly Marxist approach, that tries to explain everything about such a singularly outstanding phenomenon starting from an analysis of capitalism. Marxism itself should be re-examined in order to find explanations. This self-critical Marxist approach is necessary to refute the, in the last analysis obscurantist, narrative of the Holocaust as the a-historical measure of all things.

The core of Traverso’s argument is put forward in the essays on Auschwitz, Marx and the twentieth century, and The uniqueness of Auschwitz. He places the argument in a cultural-historical perspective in the essay, new in this edition, To brush against the grain: The Holocaust in German-Jewish culture in exile, and in the chapter On the edge of understanding: from the Frankfurt School to Ernest Mandel. In the post WW II years Hannah Arendt, Max Horkheimer and Theodor Adorno contributed to a serious understanding of the Shoah. But their work was largely ignored. A change in perspective on the Second World War occurred in the sixties and seventies as a result of the Eichmann trial, and the rise in cultural interest in the Holocaust in film and television. The student movement unearthed the contributions of the Frankfurter Schule in order to understand the world of mass consumption and colonial wars in the sixties.

Traverso uses the concept of a paradigm of modern barbarism to characterise Auschwitz. Here Auschwitz stands as a meaningful pars pro toto for the Holocaust because there the complete synthesis of elements making up the genocide was realised. “Auschwitz achieved a fusion of anti-Semitism and racism on the one hand and the prison, the capitalist factory and bureaucratic-rational administration on the other” (p. 122). It would have been interesting to know to what extent Traverso has modified his view on the uniqueness of the Holocaust, and the impact of a better understanding of the legacy of European colonialism. Traverso has preferred not to change his older essays, even if he would have written them differently today. (p. 10) A choice that should be respected. But it does beg the question why a new synthesis, or at least a summing up of the present state of the debate, was not included in this new book.

One element that in my view would demand revision is the too short characterisation of the Marxist tradition as trusting in historical progress. That Marx did not subscribe to the ideas of a mechanical forward march of history is made very clear by Traverso. But he seems to see the roots of a productivism and trust in automatic progress in Marx as well (p.37). I think this interpretation has been definitively refuted by Kohei Saito’s Karl Marx’s Ecosocialism, (Monthly Review Press, New York, 2017). Saito obviously does not primarily deal with colonialism, racism or the Holocaust. But he convincingly shows that Marx’s views are not uni-linear or productivist. Nevertheless the strand in Marxism that did support these views, should of course be approached critically. It is useful to remember that the uni-linear vision of progress was part and parcel of the Marxism of the Second International, as systematised by Karl Kautsky. And that all pre-1914 Marxists were educated in this spirit, including Lenin, Luxemburg and Trotsky. Another issue, though one where I think Traverso would not disagree, is the question of the cohesion of the different elements making up a non-economist analysis of the Holocaust, or to put it differently the dangers of socio-economic reductionism, too often encountered in Marxist writings.

Taking among others Ernest Mandel’s Material Social and Ideological Preconditions for the Nazi Genocide (in: The Legacy of Ernest Mandel, ed. G. Achcar, Verso, London, 1999) as an example, Traverso argues against trying to simplify the Holocaust too much as a product of capitalism. There is a problem in some of Mandel’s writings, and this article is not an exception. The width and multiplicity of factors of a complex analysis sometimes seem to take a flight of their own, thereby obscuring the core of the analysis. In my view it is best not to consider the range of elements explaining the Holocaust as a list. The idea of Partial rationality vs Total irrationality in capitalism does not express a component of the analysis, but its core, just as bureaucratic rationality is not a partial explanation but an aspect of the organisation of bourgeois society in the twentieth century, involving a very profound division of labour. Colonialism and its ideologies of racial superiority are not contributing factors, but aspects of the whole of imperialist domination. The same goes in my view for Arendt’s Banality of Evil, a product of the infernal merger of alienation by the division of labour and the 'Untertanenmentalität' – pardon my German, but it expresses the authority complex of the good subject better than anything in English.

None of these aspects is a-historical. None of them is unrelated to capitalism. But also, none of them can be deduced from capitalism as an economic system. They are expressions of a whole global system of domination, that includes patriarchy, colonial domination, their ideologies of sexism and racism, and the capitalist relations of production.

Does this reading of the more sophisticated Marxist analyses help us in understanding the Shoah? I agree with Traverso that there still remains quite some ground to be covered. This bring us back to the question of the uniqueness of the Holocaust.

First I think we should place the Holocaust in its concrete historical setting. That is to say in Europe, as part of the wars between 1914 and 1945, and therefore as part of the barbarism of modern Europe. The massive slaughter of millions in the trenches of WW I can be seen as a prefiguration of the senseless killings of WW II, the millions of traumatised former soldiers as potential recruits to inhuman ideologies. Outside Europe colonialism had applied similar genocides, in South West Africa, in Congo, in Indonesia and in the Americas, sometimes long before the start of WW I. What was new was precisely the introduction of ideology and methods from colonialism to Europe itself. This does not in any way diminish the horror of the Shoah. There can be no competition between genocides, all representing the worst potential of humanity in its most naked form.

Second I believe that we have to avoid using supra-historical categories. We have to understand that all concepts, all instruments of analysis are historical, products of a specific place and time. The question is not to determine how humanity in the abstract sense could come to commit such atrocities, but how these persons in these specific circumstances and in these specific structures committed their crimes.

That implies taking into account the full width of different factors that have been mentioned before. As a result we come to the conclusion that the effects of the first world war, the biological racism of colonialism and the conservative nationalism combined with a hyper-modern, technologically well equipped German state created the preconditions for the Holocaust. All of these elements are not unique. They are not specifically German, nor exclusive to the rise of anti-Semitism in its Nazi form. Today’s development of anti-Muslim racism should serve as a warning. It was the specific combination that made it unique within Europe.

As Traverso points out, there remains one problem, however. Why did these preconditions actually lead to the genocide? The actual realisation of the potential of anti-Semitism took place during the war. The war against Judeo-Bolshevism as Hitler saw it. But the series of partial decisions, first to deploy Special troops behind the eastern front that killed one and half million Jews, and then to proceed to the 'Endlösung' were far from rational, both from a logistic and a military point of view. We can see these decisions as conjunctural with different factors in play. The relative independence of the Nazi state apparatus during the war and the Nazi ideology being not the least important. Here the formula of Total irrationality vs Partial rationality both applies and comes to a halt. Traverso’s contributions in this book make clear Marxists still have a long way to go.

Apparently we have to incorporate in our analyses the possibility of these horrors, and base our critique of bourgeois society on a critique of all forms of oppression, of all inequality and on the fight against a recurrence of this paradigm of modern barbarism. Never again Auschwitz has to be our guideline, never and nowhere and not in any form.

You can buy the book here.

Herman Pieterson is an historian. He has published work on the Dutch revolutionary parties RSP, OSP and RSAP. . Currently he is researching the contribution of Dutch economists to the theory of economic long waves. Herman Pieterson was co-director of the IIRE from 1985 to 1988.