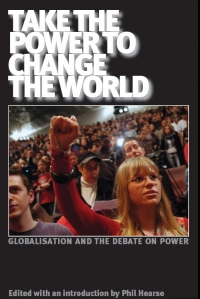 The very success of Holloway’s book, the fact that it was taken the least bit seriously, came from the political conjuncture – the ‘spirit of the times’. For tens of thousands of global justice and anti-war activists, often influenced by the ideas of NGOs, the aim was precisely to make the world fairer and curb the power of the multinational corporations, but not necessarily to end capitalism as such. '