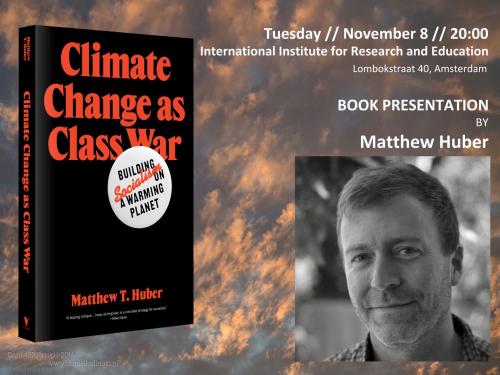 In his book, Huber analyses the struggle against the deepening of the climate crisis as a form of class struggle. In Climate Change as Class War, Huber shows how the ecological crisis must be understood as a consequence of an economic system based on exploitation. The climate struggle, Huber argues, is not a cultural battle against those who produce the most emissions - whether rich individuals or rich countries - but a class struggle against those responsible for the production of fossil fuels. This carbon-intensive capitalist class must be confronted. For the climate movement, this requires a strategy that appeals to the majority, to working people. Huber argues for a central role for the labor movement. In the end, only an internationalist movement based on solidarity can win the climate struggle.