No.01 The Place of Marxism in History 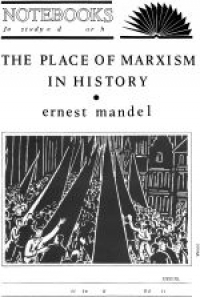