No.35-36 The Porto Alegre Alternative: Direct Democracy in Action 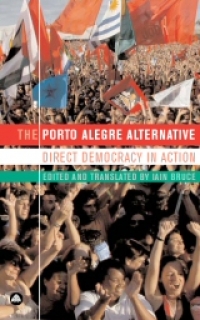 Brazilian socialists André Passos Cordeiro, Ubiratan de Souza, Pepe Vargas, Raul Pont and João Machado describe in The Porto Alegre Alternative how Porto Alegre's participatory budget was born, how it works, how it developed in interaction with popular movements and spread with local Workers' Party (PT) victories, and how it has staked out new ground in promising a radically democratic alternative in the interests of the poor to top-down political and economic decision-making. They argue that the 'Porto Alegre' model does offer an alternative to capitalist politics as usual, but that Brazilian President Luis Ignacio da Silva ('Lula') unfortunately does not seem to have learned its lessons. As editor Iain Bruce writes, the participatory budget's linkage of socialism and direct democracy takes up 'an inescapable task for those seeking to restate the case for socialism in the twenty-first century, in an idiom that makes sense to the new generations coming to politics after Seattle and the immense movement against war in Iraq'.

Iain Bruce is a British journalist and filmmaker who has made documentaries for Channel 4 and the BBC. His latest documentary touches on Porto Alegre and its connection with the wider global justice movement.