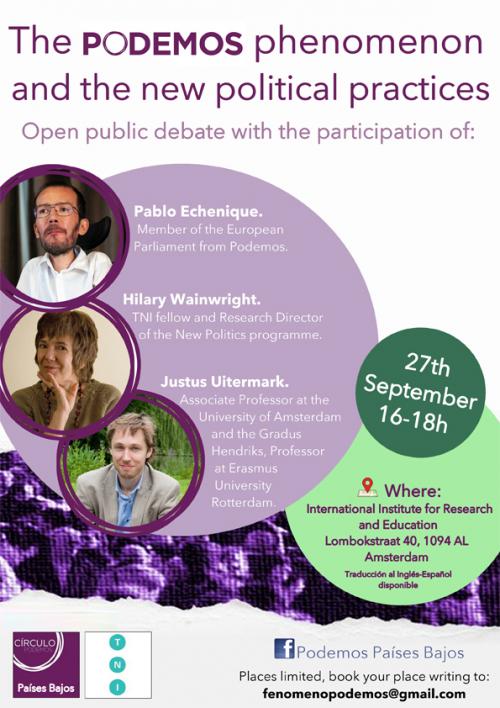 Free entrance. We suggest a contribution of 5 Euros to cover the costs of the event.
Language: English with translation to Spanish available.
Coffee and tea will be served from 15.30.