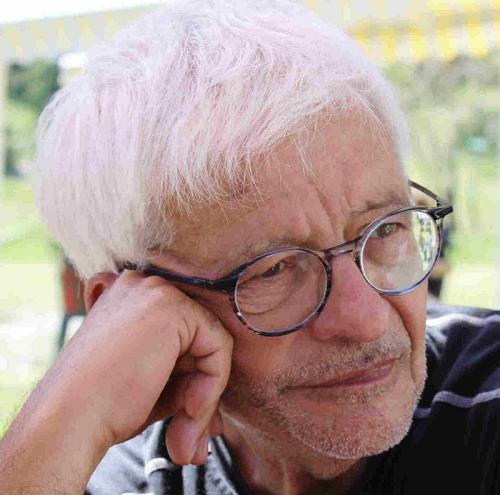 The death of Michel Husson (1949-2021) will leave a void in the hearts of many comrades around the planet. Michel, who had a solid training as an economist, followed the development of the capitalist system as closely as possible to contribute to its overthrow and to social emancipation.

Michel always clearly identified with the economic theory developed by Marx, and he tried to make his contribution by studying the present. He was influenced by the work of Ernest Mandel (1923-1995), economist and leader of the Fourth International. Michel devoted several articles to him, the last written in 2020 during the coronavirus pandemic.

Michel was an internationalist. In the 1980s, he had closely followed the social and political struggles in Latin America in general and in Mexico in particular, where he had worked between 1985 and 1987. This was the time of the revolutionary upsurge in Central America (Nicaragua, El Salvador, Guatemala and so on). A book emerged from his experience in Mexico: “La tourmente mexicaine”, published in 1987. This book, published under the name Maxime Durand, available in free access on Michel’s website is a good introduction to the political and economic history of Mexico from the beginning of the twentieth century.

Michel was active in the Fourth International and its French section, the Ligue Communiste Révolutionnaire. At that time, he was very interested in the question of the Third World and with his comrade and friend Thomas Coutrot he had in 1993 written a little educational book Les destins du Tiers Monde as a good introduction to understanding the economic and social situation of the countries of the “South” in their diversity. When the CADTM, Committee for the Cancellation of Third World Debt, created in 1990 in Belgium, began to develop activities, Michel Husson immediately collaborated actively by participating in international meetings and providing articles for its publications. He regularly sent documents that could be useful to the work and activity of the CADTM.

He also supported the creation of ATTAC from the outset in 1998 and became one of the members of its scientific council. From 2001, he participated in the dynamics of the World Social Forum and the European Social Forum. He also participated in the activities of the Sociedad Latinoamericana de Economía Política y Pensamiento Crítico (Latin American Political Economy Society - SEPLA) created in 2005 in Mexico. He and I, as well as Gérard Duménil, were invited to the creation of SEPLA and regularly participated in conferences that it organized in different countries of the continent.

In March 2008, when Haiman El Troudi, the Minister of Economic Planning in Hugo Chavez’s government, asked me to make recommendations on the economic policy to be followed, I organized a seminar in Caracas with Michael Lebowitz in which Michel agreed to participate. The seminar lasted 4 days during which we listened to a whole series of first-hand testimonies on the real state of the economy and from which we tried to develop proposals to bring about a turning point in the policy followed. There was a need for a shift that would have involved a much greater participation of workers, in particular through the practice of workers’ control. We would also have increased wages, improved housing, audited the debt, strengthened the public sector, made substantial improvements to agrarian policy and energy policy and speeded up the launch of the Bank of the South. In addition to Michel Husson, this seminar was attended by comrades such as Claudio Katz, Eduardo Lucita and Jorge Marchini from Argentina, Daniel Libreros from Colombia, Orlando Caputo from Chile and Marc Weisbrot from the United States. In the end, our recommendations were not taken into account.

Michel put his analytical and advocacy capacity at the service of major battles such as the fight against illegitimate debt (see below) or the general reduction of working hours to combat unemployment. On the issue of reducing working hours, he published several books, brochures, dozens of articles, and participated in multiple demonstrations in France and abroad, in the 1990s, he was active in international coalitions such as The European Marches Against Unemployment and in France he participated in the foundation of “Agir ensemble contre le chomage”.

Michel participated from 1989 in the campaign for the cancellation of third world debt, in particular by being active in supporting the collective that had launched the Appel de la Bastille for the cancellation of third world debt and had organized a counter-summit against the G7 meeting in Paris by François Mitterrand during the bicentenary of the French revolution. It is in the wake of this that he was very active in the CADTM. After the crisis of 2008, Michel was involved in the citizen debt audit collectives launched in 2011 at the initiative of ATTAC and CADTM in France with the support of many organizations. He made a fundamental contribution to the drafting of the CAC study on France’s public debt: “Que faire de la dette? Un audit de la dette publique de la France ». The report established that 59% of public debt was illegitimate.

In 2015, when the president of the Greek parliament set up the Commission for the Truth about Debt, which I had the opportunity to lead as scientific coordinator, Michel Husson agreed to participate. Like the other 11 foreign experts and the dozen Greeks who were members of this committee, he did this on a completely voluntary basis. For three months between early April and late June 2015, he travelled regularly to Athens to participate in the work of the Commission. In fact, it had not been easy to convince him to be a member because he told me that he could perfectly well participate from the outside and from a distance. I told him that his active participation in the collective discussions would be a factor in their success and quality. Once he decided to agree to be a member, he became one of the most active. I am convinced that this was one of his best experiences of collective work at that time. He told me so later. While he had become rather disappointed by political developments in France, he regained real enthusiasm by participating in the work of the Commission in Greece.

His cheerfulness and humour could testify to this, especially when Zoe Kostantopoulou, the President of the Greek Parliament at the time, invited him to say a few words of presentation in the gallery of a meeting room of the Greek Parliament, he began his speech in English with a little smile, pointing out to the audience that his command of English was as odious as the Greek debt. Michel participated in drafting the committee’s report which recommended that the Greek government put an end to the payment of all the debt claimed by the Troika (i.e., 85% of the Greek debt) because we considered it odious, illegal, illegitimate and unsustainable. He was present in the Greek parliament when I presented this report to it and the government on 17-18 June 2015. When the government finally capitulated to the Troika at the beginning of July 2015, the prime minister decided to end the work of the committee despite the opposition of the speaker of parliament. When we met again in Athens in September 2015 at the invitation of the president of the Greek parliament and despite the opposition of Alexis Tsipras, Michel wrote part of the report that the Commission adopted, and he was one of the rapporteurs in parliament. If you watch the video of his speech, you will see that he begins with irony but quickly moves on to a very rigorous analysis.

In recent years, Michel continued his work of critique of political economy by collaborating in particular with the site A l’Encontre. In many articles, we find hints of humour that reflect a part of his personality, including his desire to flush out the Tartuffes who hide behind “economic science”. A final illustration of his rigor of thought is provided by the book co-written in 2020 with Alain Bihr, Thomas Piketty: Une critique illusoire du capital, demonstrating the relevance and necessity of a radical critique of capitalism but also exposing pseudo-criticisms. In one of his last articles, “Biden: miracle ou mirage?” Michel questioned the real scope of Joe Biden’s economic and social policy. A must read.