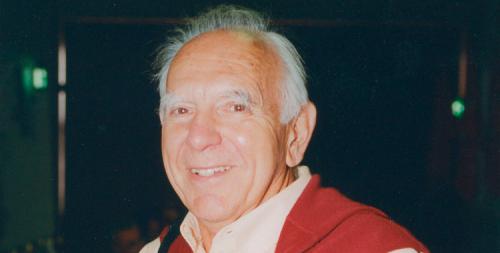 The IIRE is raising funds for the English translation of Livio Maitan's Per una storia della IV internazionale: la testimonianza di un comunista controcorrente. In this book, Livio Maitan (1923-2004) relates his experience of being a revolutionary communist during the second half of the 20th Century. Written by a leading member of the Fourth International and lifelong Marxist, the book is both testimony and an analysis of a 50-year period of great turmoil in Italian and international politics.

From his early commitment to communism in 1942 under fascism in Italy, Livio chose to be “against the current” by rejecting both Stalinism and social democracy. Instead, he charted a course of democratic and revolutionary Marxism, which brought him to be a protagonist in the Trotskyist movement, including participating in its international leadership.

The tumultuous period described in this book covers events such as the break of Tito with Stalin, the Chinese revolution, the Soviet invasion of Hungary, the war of liberation in Algeria and Vietnam, and the Cuban revolution. The book also covers the period opened by May 1968, which saw massive mobilisations of students and workers in Europe and elsewhere, as well as the following years of neoliberal reaction and the fight to defend the gains of the workers movement.

Livio Maintan’s analysis covers not only the events, but also details the strategic and programmatic discussions that the “new left” had to engage with as it was seeking to build an alternative.

The book is not just a political history, as Maitan looks for answers to the strategic and programmatic problems his generation faced as it sought to work towards a socialist alternative. A translation will be of interest to activists today seeking alternatives to a world of economic crisis and political turmoil.

The IIRE is publishing the book together with Resistance Books. Part of the work needed to publish the book is done voluntarily, but we need to pay for translation. We are raising money together with Resistance Books. To help pay for part for the translation cost, we want to raise 2000 euros. The book will be published in 2018 to coincide with the 80th anniversary of the Fourth International.

We ask you to help us publish the testimony of a 'communist against the current'.

Donations can be made out to:

Livio Maitan was born in Venice on the 1st of April 1923, and developed a passion for politics from his youth. In 1942, when studying classical literature (Greek and Latin) at the University of Padua, he became active in the anti-fascist resistance. In 1944 he was sentenced by a fascist court, escaped to Switzerland and had to spend several months in internment camps there before he could return to Italy in May 1945.

In 1947 he joined the Italian Trotskyist movement, of which he remained a leading member all his life. He was one of a small group of comrades who led the Fourth International during the difficult years of the 1950’s and early 1960’s. First elected in 1951, he remained a member of the International leadership until his death. From 1991, he was a leader of Rifondazione Comunista. Maitan died in Rome on 16 September 2004.

Livio's IIRE notebook The Long March of the Italian Communist Party can be downloaded from our site. A obituary of Maitan and a collection of English language articles can be found on International Viewpoint.