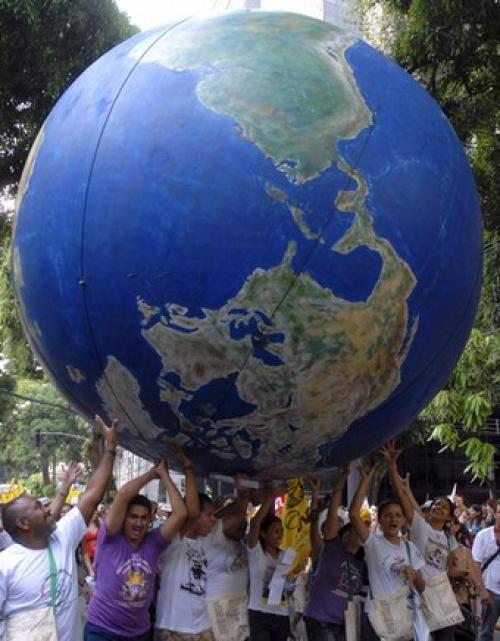 An interview with IIRE Fellow Eric Toussaint , by Pauline Imbach

First it drew a considerable participation, with 133,000, possibly 140,000, registered participants. This is remarkable and makes the Belém WSF one of the most popular. It is comparable to Mumbai’s in January 2004 or to the one organized in Porto Alegre in 2005. Indeed we have to keep in mind that Belém is off the beaten track compared with major Brazilian cities such as São Paulo, Rio de Janeiro, Belo Horizonte, or Porto Alegre but also for a number of South American countries. Belém is difficult to get to: air fares are expensive and it takes three days by bus from Sao Paulo, five from Porto Alegre, and six from Buenos Aires, Montevideo or Asunción.  Mumbai was much more accessible for Indians and Porto Alegre for Brazilians, Argentinians, Uruguayans, and Paraguayans.

Moreover a large majority of participants were under 30. All those young people massively attended the various events.