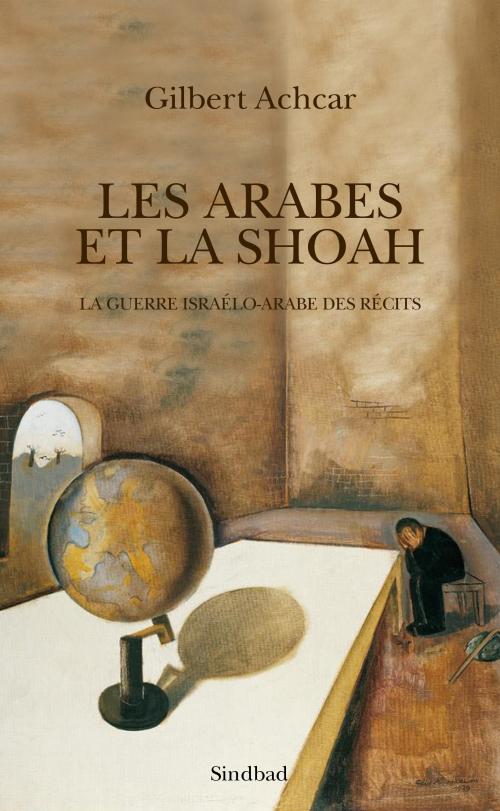 In the introduction to your book, you declare that you wrote it in order to "fight the symmetrical caricatures" often heard about Arab attitudes to the Holocaust? What are these caricatures?

Gilbert Achcar: These caricatures flourish in the ongoing propaganda war between supporters of the Israeli side and supporters of the Palestinian or Arab sides. The caricature spread by Israel's supporters presents a majority of Arabs as having been pro-Nazi, using the all too famous figure of mufti Amin Al-Husseni, referred to as the "mufti of Jerusalem".

Al-Husseini took refuge in 1941 with the Axis powers and spent the rest of the Second World War between Berlin and Rome, taking an active part in Axis propaganda toward the Arab and Muslim worlds, and even playing a part in setting up two Bosnian Muslim units of the German Waffen-SS.
However, the caricature considerably exaggerates the Mufti's real role by ascribing to him a direct responsibility in the Jewish genocide. But what is exaggerated above all is his representativeness or impact in the Arab world, while much tangible evidence proves beyond a doubt that his exhortations had very little impact. This was so much the case that the British army had far more Arabs from Palestine alone in its ranks than the German army was able to recruit from all Arab countries together.

On the opposite side, it is no surprise that we find an apologetic current that seeks excuses for the Mufti's attitude – a posture which I staunchly condemn as there can never be any mitigating circumstances for collaboration with a genocidal endeavour about which one has full knowledge. Indeed, in his memoirs, the Mufti doesn't hide the fact that he was aware of the Nazi genocidal undertaking, as he recounts that Himmler had informed him in Berlin, in the summer of 1943, that 3 million Jews had already been exterminated. This is incidentally why I point out that the Mufti's testimony can be considered a good indirect refutation of Holocaust denial.

You do take up this question of Holocaust denial, as found among Arabs nowadays.

Although it is far from representative of all public opinion in the Arab countries or even majority opinion, there has been in recent years a new outbreak of expressions of Holocaust denial among Arabs. Rather than an outlet for anti-Semitism, as Western denialism is, in most cases the Arab expressions are reactions we could call skin-deep, that is superficial, knee-jerk reactions to the way the State of Israel is "instrumentalizing" the Shoah (to use Pierre Vidal-Naquet's expression) in order to legitimize itself, legitimize its actions and shield itself from any criticism.

A distinction must be drawn between anti-Jewish attitudes that can be found among Europeans, which are purely and simply abject, and anti-Jewish expressions among Palestinians who are subjected to the terrible oppression we know of, from a State claiming to act on behalf of the "Jewish people". To be sure, there can be no excuse for any form of Judeophobia, but the two attitudes can't reasonably be put on the same level, just as we can't put on the same level the anti-Semitism of a Slavic pogromist and the anti-Goyim racism of a persecuted Jew from the Pale of Settlement, or the anti-Black racism of a White lynch-mob and the anti-White racism of oppressed Black persons. All too often, the categories of European history are projected onto utterly different situations, such as the Palestinians' situation in the territories. By rebutting all types of caricatures, I am attempting to contribute to a better mutual understanding, indispensable for a peaceful and fair settlement of the Israeli-Arab conflict.

In the first part of your book, titled "The Time of the Holocaust", you review the different political positions in the Arab world regarding the Jewish question and the Nazi regime. You show that frankly anti-Semitic positions advocating an outright collaboration with the Nazis were not the most common in that era.

As for any set of populations, political positions are extremely varied in the Arab world, despite the caricature that speaks of an Arab attitude in the singular.
I distinguished between four major ideological families in the Arab world of that era: liberal Westernizers, Marxists, nationalists (whether left or rightwing) and reactionary fundamentalist pan-Islamism. Among the former three, only a marginal fringe group belonging to rightwing Arab nationalism had real affinities with Nazi Germany, while a major current of Arab nationalism, such as the Baath party, that came to power in Syria and Iraq in the 1960s, had no sympathy whatsoever for Nazism in the 1930s and 1940s.

Only fundamentalist Pan-Islamism would develop genuine ideological affinities with Nazism with regard to anti-Semitism from the 1920s on, in relation to the exacerbation of tensions between Jews and Arabs in Palestine. Rashid Rida, whom we can consider to be the first theoretician of modern Islamic fundamentalism, went on to develop a violently anti-Jewish discourse by taking up the ingredients of Western anti-Semitism and mixing them with others borrowed from the medieval Islamic corpus – in which there are certainly some anti-Jewish elements, but far less than in the medieval Christian corpus. Rida's writings would become the matrix of a discourse that the Muslim Brotherhood and other Muslim fundamentalist currents would convey during the next several decades; an echo of it can be found in the 1988 Hamas Charter.

What has become of Nasser's and the PLO's line in "The Time of the Nakba", after Israel was founded?

Nasserism has been an ideology in continuous construction ever since Nasser came to power. If we pore through the mass of his speeches and statements, we don't really find anti-Semitic expressions. However, at two times, in interviews endlessly quoted, but that are far more the exception than the rule, we see Nasser, in one case, advising an Indian journalist to read the "Protocols of the Elders of Zion", and in the other, expressing a doubt as to the number of victims of the Jewish genocide in a conversation with a rightwing German politician. These two comments have remained isolated, and the fact that in eighteen years in power Nasser only made two statements of this kind is a clear indication that these were not central aspects of his thinking. He had many intellectuals in his entourage, and a good many of these came from Marxism. They no doubt strongly advised against his repeating such declarations.
As for the PLO, there again the role of intellectuals, whether liberal Westernizers or leftists close to Marxism, would be very important in contributing to making the organization recognize the Holocaust and the European Jewish question, without this changing anything in its intransigence on the Palestinian question vis-à-vis Israel. Edward Said was among those intellectuals, and took a strong part in developing the perspective viewing the oppression of Jews in Europe and its paroxysm, the Jewish genocide, as a lesson for all humanity against all xenophobic and racist oppressions.
In this respect, we must remember that Yasser Arafat, in an attempt to repair the harm done to the Palestinian cause by the warm welcome extended to Roger Garaudy in certain Arab countries following his condemnation in France for Holocaust denial, made a request to visit the Holocaust Museum in Washington. This visit did not happen because of the museum administration's hostile attitude. Finally, Arafat visited the Anne Frank House in Amsterdam, sparking a controversy in Israel, but receiving very little media coverage in the West – as little as the exhibition about the Shoah organized in Ni'lin, a Palestinian village on the West Bank that stands at the forefront of the struggle against the Israeli separation wall. To my mind, these examples reveal the caricatured image of the Arab world that is built out of distortions and omissions – sending back to Arabs a deplorable image of themselves that has harmful effects, and must imperatively be fought.

*This interview with IIRE Fellow Gilbert Achcar was conducted by Olivier Doubre and published in the French weekly Politis (18 February 2010). It was translated for the IIRE by Marie Lagatta. Gilbert Achcar's latest book, The Arabs and the Holocaust: The Arab-Israeli War of Narratives, came out recently in French and Arabic, and will come out in English in April/May, in New York and London