No.16 Do the Workers Have a Country? 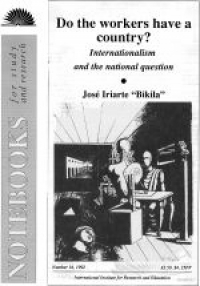