New publication: 'We the Indians' by Hugo Blanco 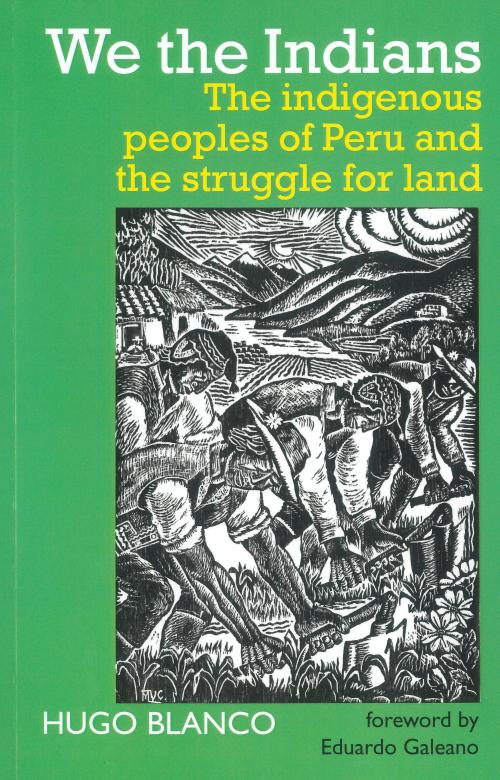 ''I have taken the term 'Indian' as the title of the book. It is the pejorative term used against us. The whip they use to hit our faces. I have picked up the whip. I find it more appropriate than using terms that soften or diminish the oppression''. - Hugo Blanco

We the Indians is a collection of essays by Peruvian peasant leader and indigenous activist Hugo Blanco. In eleven chapters, Blanco discusses the struggles of indigenous people for land and self-determination and develops his ideas on what an ecological, liberated socialism could look like.

In the early 1960s Blanco was a leader of the uprising of Quechua peasants in the Cuzco region of Peru. He was captured and sentenced to 25 years of prison, during which he wrote Land Or Death: The Peasant Struggle in Peru. After an international solidarity campaign, he regained his freedom in 1976, subsequently living in Sweden, Mexico and Chile. He returned to Peru in 1978 and again became active in leftist politics. He was later elected to the senate before being once again forced into exile after the 'autogolpe' of Alberto Fujimori in 1992. Now living in Peru, Blanco is a director of the newspaper Lucha Indígena, member of the editorial board of Sin Permiso and remains an activist for indigenous liberation and eco-socialism.

''Hugo Blanco has walked this country from end to end, from the snow-covered mountains to the dry coast, through the rain forests where the tribes are hunted like beasts, and, wherever he went, on the way he helped the fallen to get up and the silent ones to speak'' – Eduardo Galeano

The book costs 18 euros plus postage, and can be ordered through our website.

Chapter 1: The struggle for land

Chapter 2: More on the struggle for land

Chapter 3: I saw blood in Pucallpa and Bagua

Chapter 4: Reflections of a son of Pachamama (Mother Nature)

Chapter 8: Walker there is no path. Paths are made by walking

Another world is possible

Foreword to the first Latin American edition by Norma Giarracca