No.10 Marxism and Liberation Theology 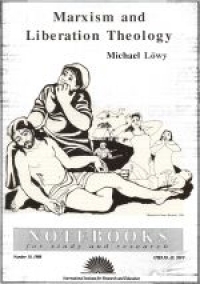 The emergence of revolutionary Christianity and liberation theology in Latin America opened a new chapter and posed exciting new questions. In Marxism and Liberation Theology, Michael Löwy argues that these developments demand a renewal of the Marxist analysis of religion. One of the best illustrations of this observation is the following dialogue, reported by Frei Betto, between himself and the police officer in charge of his interrogation under the Brazilian dictatorship: 'How can a Christian collaborate with a communist?' 'For me, men are not divided into believers and atheists, but between oppressors and oppressed, between those who want to keep this unjust society and those who want to struggle for justice.' 'Have you forgotten that Marx considered religion to be the opium of the people?' 'It is the bourgeoisie which has turned religion into an opium of the people by preaching a God, lord of the heavens only, while taking possession of the earth for itself.'